Last summer I read an extraordinary book – The Peripheral by William Gibson (@greatdismal) – that I highly recommend to anyone who wants to look 20 – and 100 – years into the future. It’s such a good book, in fact, that I’ve re-read it (something I almost never do). Twice.

At one point in the book, the primary character is explaining why she refuses to do something terrible to people who are actively trying to hurt her and her family even though her refusal put her and her loved ones in danger. In three simple sentences, she explained American exceptionalism in words even Donald Trump can understand:

“They’re assholes. We’re not. But we’re only not assholes if we won’t do shit like that.”

Mr. Trump, on the other hand, appears to believe that American exceptionalism means we have to one-up the assholes. If you’ve ever caught one of his rallies, he loves to tell the (apparently pants-on-fire false) story of how Gen. John Pershing “took 50 bullets, and he dipped them in pigs’ blood,” and shot 49 Muslim rebels. “The 50th person, he said, ‘You go back to your people, and you tell them what happened.’ And for 25 years, there wasn’t a problem.”

In Mr. Trump’s worldview, ISIS’ burning captives to death or conducting mass drownings isn’t a sign of its illegitimacy, it’s the nation-state equivalent of a “your momma” diss that has to be outdone.

“Driving in to work Tuesday morning while listening to WTOP, Washington’s excellent all-news radio station, I heard my friend, the extremely able congressional reporter Dave McConnell, relate a conversation he had with a Republican House member. This member told McConnell that allowing the debt ceiling to be breached might “get the leadership’s attention.” That sounded like a kid saying if he threw his mother’s priceless vase against the wall, she might start letting him do what he wants. Political judgment this bad, coming from members of Congress, is a dangerous thing for a party. When it comes to dealing with something with enormous consequences, such as intentionally creating a situation that could lead to default on our national debt, we are no longer quibbling about minor differences of opinion.

END_OF_DOCUMENT_TOKEN_TO_BE_REPLACED

What father of what politician preached this … ?

“There are some of you, as a matter of fact I will dare to say the majority of you, that your anointing is not an anointing as priest. It’s an anointing as king. And God has given you an anointing to go to the battlefield. And what’s the battlefield ? The battlefield is the marketplace. To go to the marketplace and occupy the land. To go to the marketplace and take dominion. If you remember the last time I was in this pulpit, I talked to you about Genesis chapter 1, verse 28, where God says unto Adam and Eve, “Go forth, multiply, TAKE DOMINION over all creation.” And if you recall, we talked about the fact that dominion is not just in the church. That dominion is over every area – society, education, government, economics…

END_OF_DOCUMENT_TOKEN_TO_BE_REPLACED 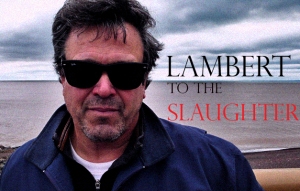 Stephen Colbert, Jon Stewart and others have been merciless towards Arizona Republican Sen. Jon Kyl’s assertion — on the Senate floor mind you, not over cocktails at The Phoenician — that “90% of Planned Parenthood” funding goes for abortions, when it is really only 3%. The merciless meter buried its needle though with the “explanation” from Kyl’s office that his remarks — on the Senate floor, I repeat — “were not intended to be a factual statement”.

You can’t make it up … other than when you are just, you know, making it up.

If ever there was a gift-wrapped present to merciless satirists it was that one.

But what the Kyl incident says about the Grand Old Party, and what Team Obama has clearly calculated, is what makes it so truly, deeply, lover-ly … delicious. It is well known that Obama was preparing a speech on the “debt crisis” for sometime this spring, but wanted the Republicans, in the form of their guru du jour, Paul Ryan of Wisconsin, t0 lay out their “plan” first. Why? Well, because obviously it meant that at long, long last the Tea Party-driven new Republican majority would have to get into … details. And those details would be coming from a guy the Republicans are touting as their best-est, deepest thinker on really serious adult thingies, like money.

Having won a big victory last fall on a campaign strategy of blaming Democrats for the ’08 recession and promising to “cut spending” and get a grip on the “debt crisis” (while ignoring it was largely a crisis of their own making) they never at any point hinted at whose spending they were going to cut. Just “government waste”. Which of course could be anything and nothing. What Obama, a supernaturally patient character, understood/understands is that at some point they’d have to get into the hows and the whats. The Tea Party rabble would demand actual numbers, actual blood in the dirt. He also knew that the “how” of the Republican solution would be anathema to the vast majority of voters, even the huge chunk of them that sat out the off-year election.

It is pretty clear that far from shrinking from a fight over national finances, Obama relishes it. This is it. This is the central issue for 2012. His speech in Tuesday, with its campaign-perfect tone and “bring it on” rhetoric about how no one’s going to gut the social safety net, “while I’m president”, along with its emphatic defense of a liberal-progressive vision of society clearly rattled the GOP’s young Turks. (Ryan himself was in the audience at George Washington University.)  They may genuinely believe that their victory last fall gave them a mandate to eviscerate all sorts of social programs. (All of them created by liberals and all of them opposed at the time of their creation and ever since by conservatives). But outside their caucus bubble they had to know — or had to be warned by guys like John Boehner — that  there lurked a far, far different reality. A reality where the brittle rubber of “not intended to be a factual statement” hits the hot asphalt of every day life and disintegrates.

Given The Sixteen Stooges-cast of characters poised to compete against him, I doubt Obama is losing a lot of sleep worrying about any one-on-one debates. Hell, in the rally-the-base realm where, “not intended to be a factual statement” is a completely viable campaign strategy, where Donald Trump can spike to the top of the “likely Republican voters” poll by covering himself in birther lunacy, where Michele Bachmann has to be regarded as a contender because her cred with “values voters in Iowa” and where a profoundly creepy character like Rick Santorum can make news with his “exploratory committee”, Obama would have more serious competition from Larry, Moe and Curly Joe.

Still, he needed the crucible issue defined … by his opposition. The Tea Party’s late-dawning obsession with the “debt crisis” — long, long after the two unpaid for Bush-era wars, the Bushies’ unpaid for prescription drug benefit and the Bushies’ unpaid-for multi-trillion dollar tax cuts for Warren Buffett, Jay-Z and the Wall Street sharks — is the perfect issue to win reelection on. It is made even better by the haplessness — the let’s not even bother with “intended as a factual statement” — of the Tea Party tail, which is wagging the Republican dog.

A debate on money, social programs and who pays for it is perfect because it invites a serious, highly-relevant choice every voter can understand. If Ryan and the GOP candidates want to actually engage Obama on the specifics of what a voucher system means to Medicare as we know it … bring it on … please. Every pensioner in every Ft. Lauderdale condo will have their hearing aids on high gain. Likewise, those tax cuts — without which there would be no “crisis” in “debt crisis” — if you really want to go out in public again shrieking about Democrats raising “your taxes” and/or “stifling our job providers” — let us prepare a red carpet for your appearances. We’ll even do a sound check on the equipment and touch-up your eye shadow.

Perhaps the most revealing thing about John Kyl’s “Dubious Achievements”-worthy lapse into comical demagoguery is that he, like John McCain, was once regarded as a respectable, rational, albeit old school professional country club Republican.  But now, under the irresistible influence of the Tea Party zealots, for whom “factual statements” are anything that sounds good on Sean Hannity and gets a roar out of the crowd at a Tucson gun show, even he feels obligated to publicly debase himself with instantly demonstrable idiocy. (How much do you think the John Kyl of five years ago ever thought about Planned Parenthood, much less confused it as an all-abortion service?)

The “not intended as a factual statement” crowd is the controlling influence on today’s Republican party, and they have pushed out into the bright light of day a “reality-based” issue that every average voter can easily understand and on which they have clear, well-documented opinions. Barack Obama could not be happier.

And as a liberal who has been waiting for Obama to take on the big fight, I thank them.

“Fool me once, shame on you. Fool me twice..ah..fool me twice, and..ah..we won’t get fooled again.” (and Pete Townshend blushes.) -President George W. Bush